The Greater London Authority (GLA) has relocated to a new City Hall building in the Royal Docks, in a move that will act as a catalyst for the regeneration of this area of London.

Key to maintaining telephone access for Londoners during and after the move, was work behind the scenes by the telecoms and services vendor Gamma, working under the management of the GLA’s Technology Group. The company managed the migration of the authority’s phone lines and numbers, and – working with a partner organisation – cloud-enabled its public-facing contact centres.

An important part of the exercise was moving the core telephony and IT systems that underpin GLA’s ability to serve Londoners. These included all of the office telephones and PBXs, no less than three separate contact centres, together with the lines and dedicated phone numbers that supported them.

“Our priority was to get the phone lines and numbers moved to the new location,” says Michelle Hones, the GLA’s Project Manager. “That was crucial to the move happening.”

It soon became clear that physically moving or like-for-like replacement of GLA’s legacy ISDN and PBX-based telephony was simply not an option on cost and practicality grounds. The ageing hardware it relied upon was also proving to be increasingly expensive to maintain.

Pre-Covid, the authority had already shifted over to and fully embraced Microsoft Teams, Microsoft Surface Pro devices and mobile phones, something which stood it in good stead when Covid struck and flexible and home working became the norm. “Had we not already gone through with the adoption of Teams, then lockdown would have been an entirely different experience,” recalls Michelle Hones.

Against this backdrop, PSTN and fixed phones on office desks increasingly looked like an anachronism. “We decided at that point that we wanted to do away with desk phones entirely,” explains Michelle Hones. “But to upgrade all our telecoms servers and apps would have been quite costly, certainly more costly than using Teams for telephony too.”

In parallel, there were the one internal and two external, customer facing contact centres to be considered. Based around conventional ACD and agent hardware, they too would have presented a challenge to bend to the new way of working. Making a move to a cloud-based alternative seemed a logical way forward. 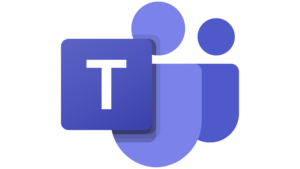 I can’t fault Gamma’s service. They are one point of contact and their people are all very knowledgeable, professional and responsive: exactly what you need from a supplier.

Under the auspices of the Cabinet Office’s RM3808 Government procurement framework, Michelle Hones and her colleagues went out to tender for an entirely new telecoms infrastructure.

It had to encapsulate all the authority’s external and contact centre requirements and support Teams PSTN calling. All 40 suppliers that met the framework’s criteria were invited to bid.

Having over time whittled the list down to just three contenders, the GLA team, including experienced procurement specialists from TfL, then considered the three remaining bids in detail.

“The Gamma bid immediately stood out for its well-written documentation and how clearly it was all laid out,” said Michelle Hones. “But ultimately it all came down to scoring on multiple different factors and Gamma consistently scored highest of all.”

Gamma had gone into the tender process with its strategic cloud contact centre partner Cirrus Response. The pair was selected for the project and began work on 2nd November.

With initial work on the project concluding just two weeks later, in time for a go-live date of 26th November, the stage was set. When the GLA began its relocation in December, the telephony and the contact centres were up and running and ready for the GLA to pick up where it left off.

Crucially, all the DDI numbers the GLA had at its Thames-side headquarters had been ported to the new locations, while Gamma’s Teams Direct Routing solution enabled outbound and inbound dialling via PSTN.

Gamma and Cirrus Response together provided the GLA with a resilient, fully integrated IP telephony and contact centre as a service (CCaaS) environment. The addition of Gamma Teams direct routing provided connectivity with the PSTN for inbound and outbound calls through Gamma’s own network, together with a range of additional PBX-like advanced call control features.

A further benefit of the new telephony architecture has been a substantial saving in line and call costs of around two thirds over the previous system.

On go-live day we had a team of Gamma people here on site to make sure everything went smoothly. All the ported numbers were working as they should. I don’t think anyone experienced any downtime, and no inbound calls ever encountered a ‘dead’ line

A few months on from go-live Michelle Hones takes stock of events and reflects on the experience of working with Gamma and Cirrus on the project.

“All the install, provisioning, direct routing and commissioning was done in advance virtually, and Gamma worked with our previous telecom provider to port all of our DDI numbers over,” she says. “Their project managers were brilliant and worked well together with our own people.

“On go-live day we had a team of Gamma people here on site to make sure everything went smoothly. All the ported numbers were working as they should. I don’t think anyone experienced any downtime, and no inbound calls ever encountered a ‘dead’ line.”

She is also happy with the level of service and support she continues to receive from Gamma. It is she believes, something that reflects the way the company builds long-term relationships with customers. “I can’t fault Gamma’s service. They are one point of contact and their people are all very knowledgeable, professional and responsive: exactly what you need from a supplier.” 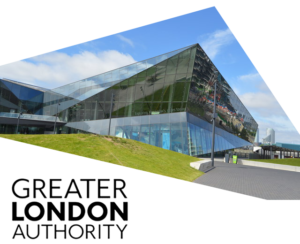 All the install, provisioning, direct routing and commissioning was done in advance virtually, and Gamma worked with our previous telecom provider to port all of our DDI numbers over, their project managers were brilliant and worked well together with our own people.